The only war on Christmas I see is by those who claim to be its biggest fans—similar to how Christianity has been wrecked from within, how America has been made objectively worse by those who wear its flag, etc.

The meaning of Christmas, by any constructive measure—time with family, reflection on the past year, celebration of the birth of Christ, bringing joy to others through giving, is not supported by military-looking street vehicles with lights strung on them; by sarcastic business signs wishing a “Merry Everything”; by grumbling on social media about how Starbucks didn’t include your favorite nativity lamb on its cup this year; or by putting lights on every last blade of grass in your yard as some weird flex about how much your electric bill will be.

Much like how flying an American flag on a pickup signals nothing about a desire for equal opportunity for all Americans, all this performative glittery peacocking signals nothing to do with Christmas and actively discourages participation in the same way that being aggressively accosted on the sidewalk with a pamphlet discourages participation in a cult.

So turn on some Christmas tunes, pour some nog, put together a puzzle, and enjoy the time you have with those you love. I’ll be doing the same.

Liam Wong has a distinctive photographic style reminiscent of a Blade Runner movie. His first book TO:KY:OO was visually stunning, and provided a close look at Tokyo at night.

Liam’s next book After Dark expands the same concept of neon nighttime dreamscapes to other cities. It’s currently available for pre-order from Volume.

The so-called Couch Guy writes about what it’s like when algorithms take a social media post outside its original intended audience (“context collapse”) and all but ruin the lives of those involved.

Call me old if you like, but the dangers of broadcasting the details of your life seemed evident to me many years ago. I was an OG Facebook and Twitter user, but between extended family judgment, regular random conspiracy theories, and continually documented cases of online abuse, I stopped putting my life and that of my family online and switched to using social media only for low-risk, bland commentary and occasional shitposting. This year I decided to stop feeding the algos altogether.

The early Instagram joke was that no one wants to know what you had for lunch. And that was true then. The level of sharing surpassed the level of interest in the shared.

The TikTok generation, though, seems to not only care what you had for lunch, but needs to turn it into entertainment and determine whether the lettuce was sourced sustainably. In other words, what will be the amusement du jour is decided upon collectively and satisfies no objective criteria (they’re bored). Your lunch—given a not-implausible series of events—could get you canceled and you’d never see it coming.

What’s amusing is the disconnect between the privacy protections we call for and the fame we strive for on the same platforms. The algos are trying to give us the latter, but it’s a goal incompatible with the former. It boils down to an old rule: if you don’t want notoriety, don’t chase celebrity—even among a small audience.

Finally, this is why you shouldn’t interrupt a programmer. 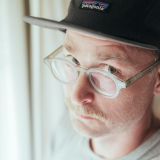